For a writing assignment, I asked students to describe a pessimistic or optimistic world fifty years from now. One student chose, optimistic. One sentence read, in fifty years there will be no remakes of movies or television shows everything will be original. I laughed. This young adult had not been acquainted with the proverb there is nothing new under the sun.

Although King Solomon’s wrote Ecclesiastes 1:9, “What has been will be again, what has been done will be done again; there’s nothing new under the sun,” 3000ish years ago, the spirit of words resonate in our actions continuously.

And I’m continually amazed when I read passages, phrases and verses that clearly show how “things” are the same, then and now. Here’s a few:

In 1963 Dr. Martin Luther King was jailed for civil disobedience, and behind bars he wrote Letter from Birmingham Jail to the clergymen who believed he was an outsider because he was standing up for justice. In his letter, King points a finger at the church arguing that “whenever early Christians entered a town the people in power became disturbed and immediately sought to convict the Christians for being ‘disturbers of the peace’ and  ‘outside agitators.’ But Christian pressed on…called to obey God…God-intoxicated. By their effort and example they brought an end to evils… Things are different now. The contemporary church is a weak, ineffectual voice with an uncertain sound…an archdefender of the status quo.  If today’s church does not recapture the sacrificial spirit of the early church, it will lose its authenticity, forfeit loyalty of millions, and be dismissed as an irrelevant social club with no meaning…”

It’s 2013 some churches have revolving doors. People walk in and out without being assimilated– welcomed as a family member. Sometimes it’s a fashion show, a gossip club. Just as Dr. King states “[e]veryday I meet young people whose disappointment with the church has turned into outright disgust.”

Looks at churches today, “there’s nothing new under the sun.”

What about our everyday lives, busy, busy, busy moving from one task to another, one place to another, rarely stopping to nap, to think, to rest. On Facebook someone posted, “I can’ keep up.” She received ten likes, and I’m sure many agreed but kept scrolling. Henry David Thoreau reminds me of how we should indulge in “simplicity, simplicity, simplicity” in his essay Where I live and What I live for, written in 1854.   Again, there’s nothing new under the sun. Although Thoreau went to the woods “to live deliberately” he challenges us now, as he did then, with letting “our affairs be one or two”, stop frittering life away with details, and “reduce thing in proportions.” He asks, “Why should we live with such hurry and waste of life?” Imagine in 1864, Thoreau comments about the news noting, “[i]f we read of one man robbed, or murdered, or killed by accident, one house burned—we never have to read another. One is enough.”  I agree. And today we are bombarded with newsfeeds.

Based on Rodger and Hammerstein 1949 lyrics of South Pacific what has been done, will be done again because we do what we have been taught:

“You’ve Got To Be Carefully Taught”

You’ve got to be taught

To hate and fear,

You’ve got to be taught

From year to year,

It’s got to be drummed

In your dear little ear,

You’ve got to be carefully taught.

You’ve got to be taught to be afraid

Of people whose eyes are oddly made,

And people whose skin is a diff’rent shade,

You’ve got to be carefully taught.

You’ve got to be taught before it’s too late,

Before you are six or seven or eight,

To hate all the people your relatives hate,

You’ve got to be carefully taught!

It all boils down to one thing– if there’s nothing new under the sun, how will we live life deliberately embracing what we have, living life on purpose? 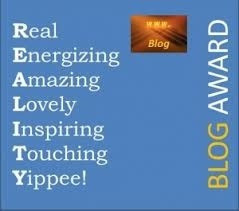